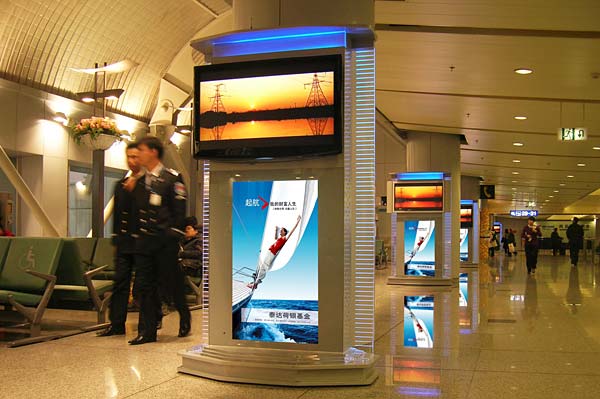 Typically, cost is the main deciding factor for businesses when choosing products that they wish to purchase from suppliers or manufacturers. It is not unheard of that if a business finds something close enough to their requirements and falls into their budget range or maybe even spares them a few hundred bucks, they tend to ignore the underlying drawbacks and proceed with the cheaper option. In such circumstances, more often than not, the quality of the final product or service is sacrificed.

An example of such a case is a recent concern that surfaced with regards to cheap android digital signage boxes from Shenzhen, China. Brandless solutions from China have the notoriety of being unreliable and insecure with very little to no support from the manufacturer or supplier when things go south, with the inevitable language barrier not making things any easier. Furthermore, as product standards aren’t strictly enforced there, technology manufacturers or suppliers from China normally do not hold themselves liable to any damages or inconveniences that their products may cause.

Dave Haynes, Founding Editor of a digital signage online publication, rounded 30 renowned Digital Signage companies and produced a report on the state of Android in the Digital Signage market. For most software companies that use Android devices, the action taken on a defective unit is often to replace devices instead of diagnosing and repairing them, which in turn deem these devices disposable, further disassociating them from high quality solutions.

Most Android devices were designed for streaming TV and movies in homes, and not for 24/7 playback, thus they were prone to overheating, further reinforcing the unreliability of consumer devices coming from tiny, unfamiliar Chinese factories.

Despite the challenges that they face, most of the companies confirmed that Android/ARM hardware is the primary option for tight budgets. The bigger players are still able to take these devices and heavily modify the Android source code to make them more robust and secure.

Shouldn’t these challenges be sufficient to make digital signage providers think twice about cutting costs when it comes to choosing their technology suppliers? Sadly, no. Despite these issues, many digital signage providers tend to choose the low-cost solutions to maximize their profit margins, putting their brand and reputation at a risk, resulting in customer dissatisfaction and business losses.

In U.S.A, the Federal Communications Commission (FCC) enforces electrical and electronic products to only emit electromagnetic field waves up to a certain limit by running field tests on these products and certifying them. The FCC have the ability to levy fines, impose seizures and even jail offenders. They frequently target end-users with fines to bring pressure to bear on retailers. Choosing an FCC-certified product will lower your risks at having a low quality digital signage device.

Unfortunately, the availability of earlier mentioned low-cost, high-risk solutions is a cause for growing concerns in the digital signage market. Reliability is key in the world of digital signage, therefore, to minimize risks, when in the market for digital signage solutions, it’s best to look out if your signage hardware is certified by FCC or the local equivalent agency in your country.